Could the military become the “trigger” that creates single-pilot airliners? It seems quite possible to many – and they really don’t like it.

We have seen discussions elsewhere about the possibility of removing one pilot from the cockpit. Some see it as the next step in the process, the previous one being the elimination of flight engineers from [most] cockpits, decades ago. Others feel that it is a case of over-reaching, possibly compromising flight safety. 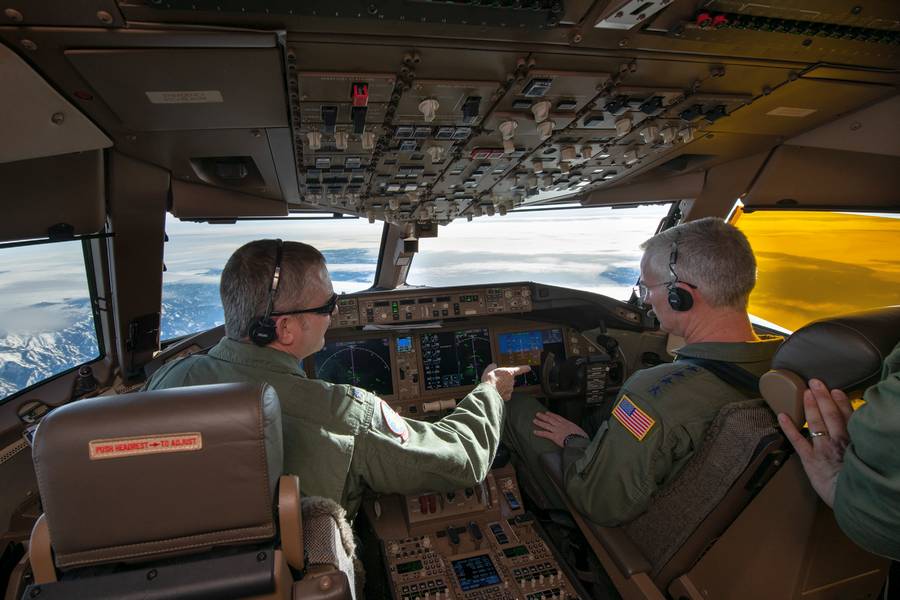 To be clear, most studies around single-pilot airliners… aren’t. As we’ve seen, Airbus is exploring the idea of reducing the additional/relief crew members necessary for long-haul flights. Its studies involve modern aircraft, like the Airbus A350. The theory is that additional automation tools could allow one pilot to stay alone in the cockpit in non-critical phases of the flight. This would permit pilots to rest, without a third pilot on board.

The first such “single-pilot” airliners would likely be freighters. But this would likely impact a very small percentage of the world’s commercial aircraft fleet. This is because most freighters in service today are conversions of older passenger aircraft. So even if some new freighters allow single-pilot operation for part of the flight, the vast majority of airliners will stay as they are, for decades. Or will they? 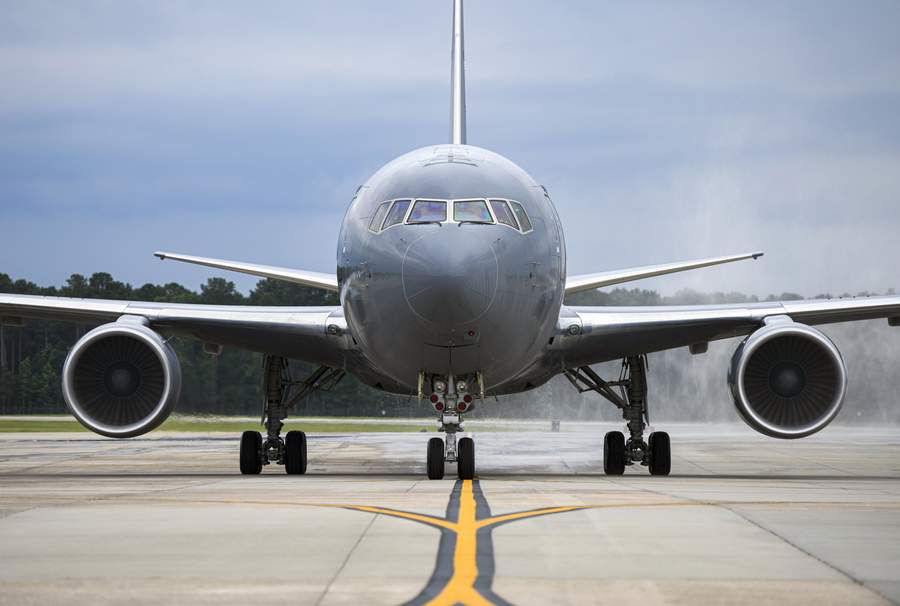 This story emerged this past week. It appears that the USAF is considering reducing the number of crew members for its KC-46A. The idea is that in combat operations, it would make sense to have as few people on board as possible. That’s because the KC-46A, an air-refuelling tanker, could be vulnerable to advanced hostile fighter jets. 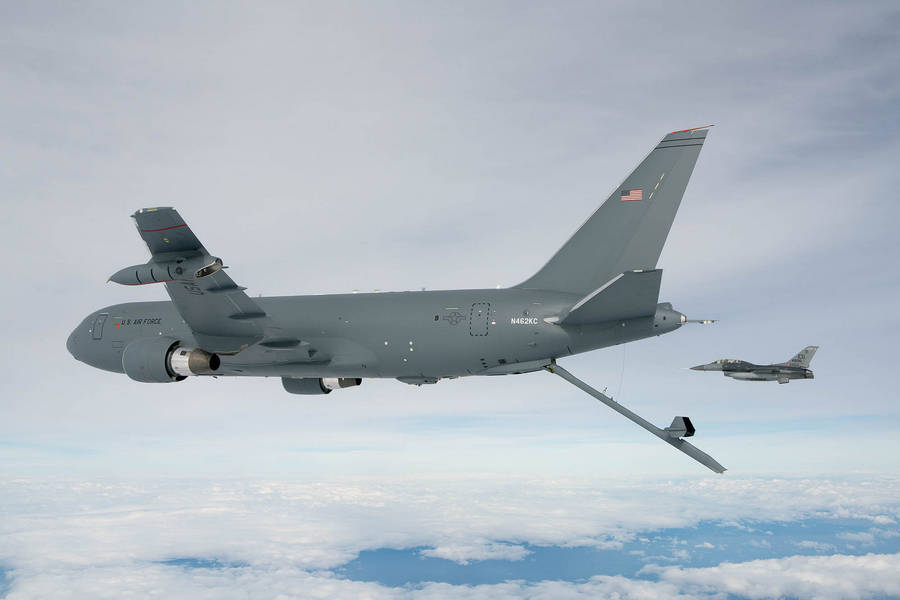 Of course, such single-pilot KC-46As would not operate as airliners. But the KC-46A is an evolution of the Boeing 767-200. And while this military variant has incorporated many avionics upgrades of the standard aircraft, it’s not on par with an Airbus A350. However, there are other differences in how the US Air Force is thinking of using these aircraft in single-pilot operations, that stray further from the commercial use of airliners.

A KC-46A typically has a crew of three: two pilots and a boom operator, who can also operate as a loadmaster, for flights that include cargo. So the Air Force’s proposed move would still include two crew members, with the removal of the second pilot. It is not clear if the move would include additional training for boom operators, to assist the remaining pilot. 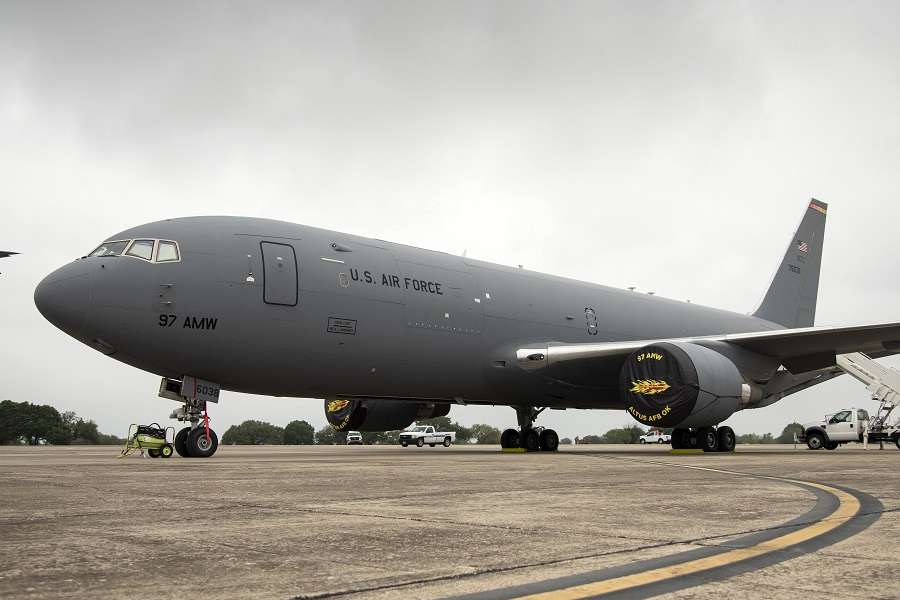 Not A Popular Idea

As with much of the public’s feelings regarding single-pilot airliners, military personnel are far from enthusiastic about such a prospect. Many feel that the aim of such a measure is to deal with a pilot shortage in the US Air Force. A representative confirmed that the Air Force is reassessing minimum flight crew requirements, but denied that this has to do with pilot retention.

The USAF representative also stated that a waiver would be necessary for crews to even test such a flight. Further, the representative denied that such a crew reduction is a priority for the Air Force. The KC-46A now seems set to reach its initial operational capability (IOC) in 2024. 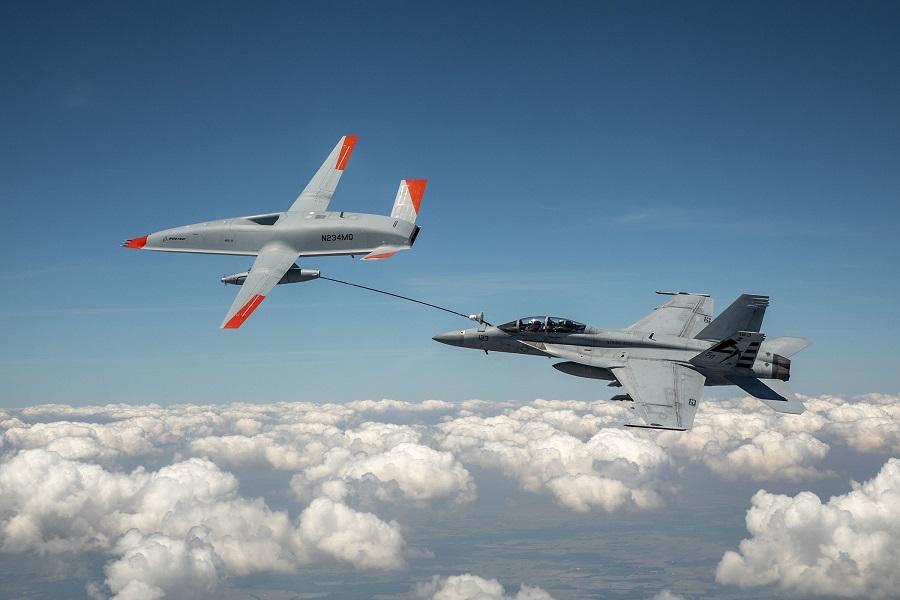 Making airliners suitable for single-pilot usage would involve more challenges than limitations of avionics. The location/proximity of the toilet is a consideration, for instance. So this and other challenges make the idea of using a standard (with military enhancements) 767 with one pilot, seem more than a bit questionable.

More generally, the US Air Force and Navy have concerns about the survivability of their refuelling aircraft, which may have led to this study. As we have seen, there are advanced studies and programs to create a smaller, unmanned and stealthy aerial tanker, for just this reason. But the US Air Force would need bigger tankers.