Lufthansa Technik Explorer – A BizJet With A Veranda?

Lufthansa Technik presented the Explorer, a VIP concept with some unique features – and seriously, it has a veranda. Or is it a balcony?

One of the less obvious effects of the pandemic was an explosion of demand for corporate jets. For those who can afford this kind of travel, a bit of privacy was an attractive option, especially when regular flights were few and far between, anyway. However, an Airbus A330 is not what first comes to mind when someone says “corporate jet”. 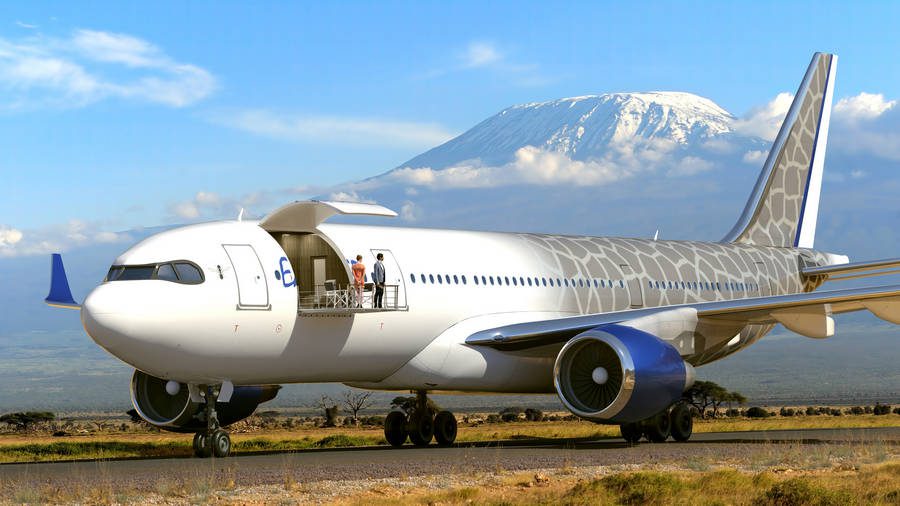 However, there is a market for such aircraft, albeit a limited one. And with the Dubai Air Show soon underway, companies are busy preparing to reach out to this audience. Lufthansa Technik is one of them, and today they published a project called the Explorer. The name comes from the Explorer design concept in superyachts. Obviously, there is potential for some crossover, in the buyers of these two categories of vehicles.

The aircraft that forms the basis for the Lufthansa Technik Explorer concept is the Airbus ACJ330. ACJ stands for Airbus Corporate Jet. By the looks of it, they went for the shorter (A330-200 or is it the 800?) version. However, the company state that they can adapt their design to different aircraft, like the A350 or even Boeings like the 777 and 787. However, this concept has one feature that seems specific to the A330 platform – so let’s go straight to that first. 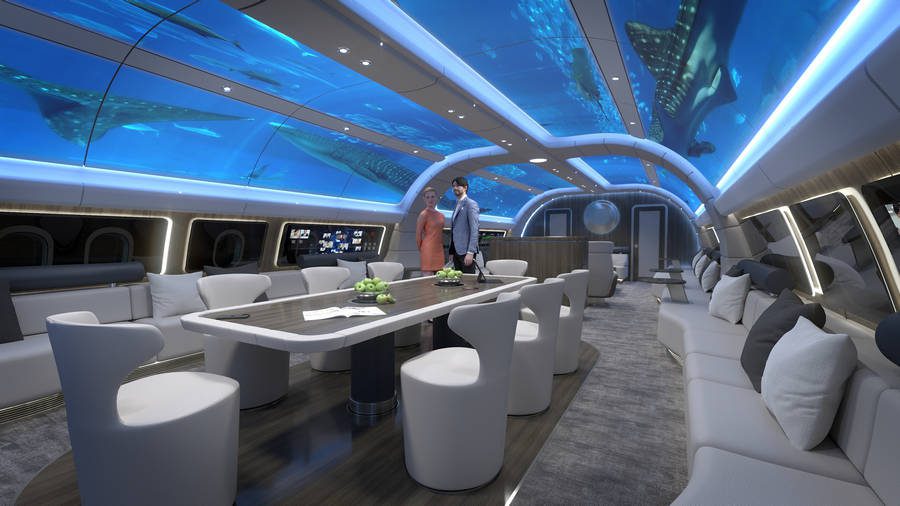 Before we go any further, we should point out that the company emphasizes that its concept is realistic. According to Lufthansa Technik, this isn’t simply a “what if” exercise. Quite clearly, the veranda that Lufthansa Technik have on their Explorer concept is an adaptation of the cargo door of the A330 freighter. And for those of us who find freighters intriguing, there is some interesting language in the company’s release:

“The main deck cargo hatch, which is available ex works i.e. on the Airbus A330 freighter or as a retrofit solution on passenger versions, opens up the interior to its surroundings, into which you can then immerse directly via a platform that can be extended by several meters.” 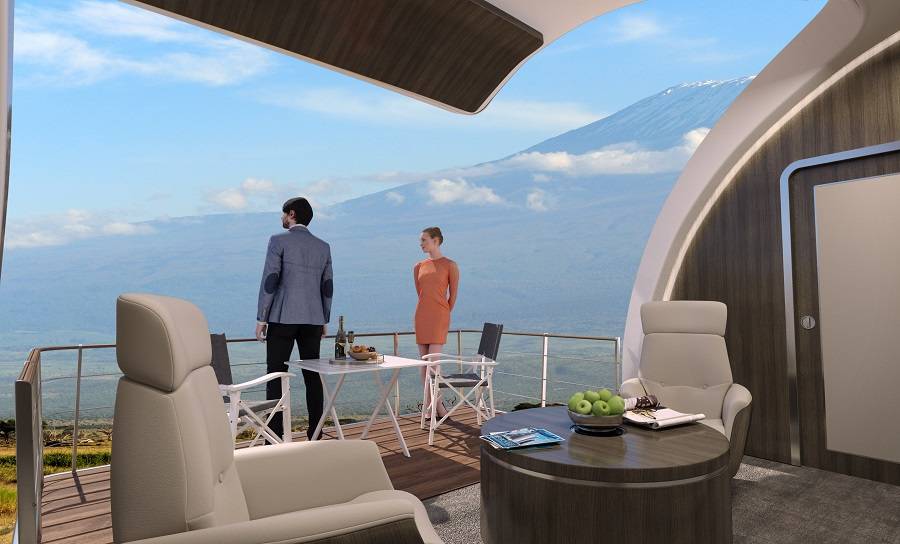 In the first half of the above quote, Lufthansa Technik seems to suggest that they could adapt their concept both on converted passenger jets AND newly-built aircraft. For now, there is no A330neo freighter, that would come with such a door, although this could soon change. But we digress…

The veranda isn’t just an opening on the side of the aircraft, for the owners and their guests to admire the view. The Lufthansa Technik Explorer has a section of floor that slides outwards, forming a balcony area. The aircraft’s floor sits approximately four metres (13.1 feet) off the ground. Certainly, it’s high enough to be a vantage point. 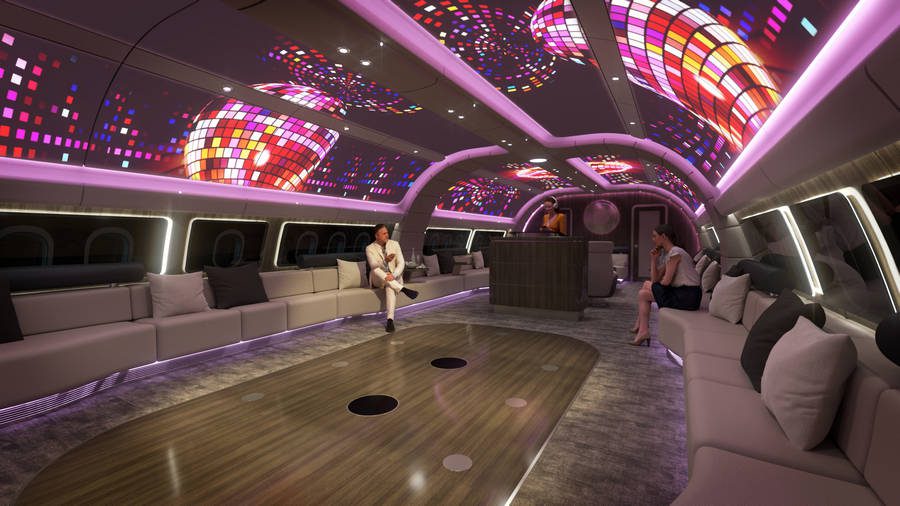 Lufthansa Technik – The Company Behind The Explorer

Lufthansa Technik is a Maintenance, Repair and Overhaul (MRO) operation, under the auspices of the Lufthansa group. We have previously seen other projects from them, including more potent, higher gross-weight solutions for cargo-in-cabin. Lufthansa Technik has also worked on adapting airliners for military/government use, a task with some carry-over to the Explorer.

The company also boasts having a network of partners, that helps bring new features. And if the veranda concept seems a bit… clickbait-y, Lufthansa Technik is adamant that Diehl’s participation in the Explorer, isn’t. Diehl is the company behind the projection technology, enabling the radical interior of the plane’s shared seating area. 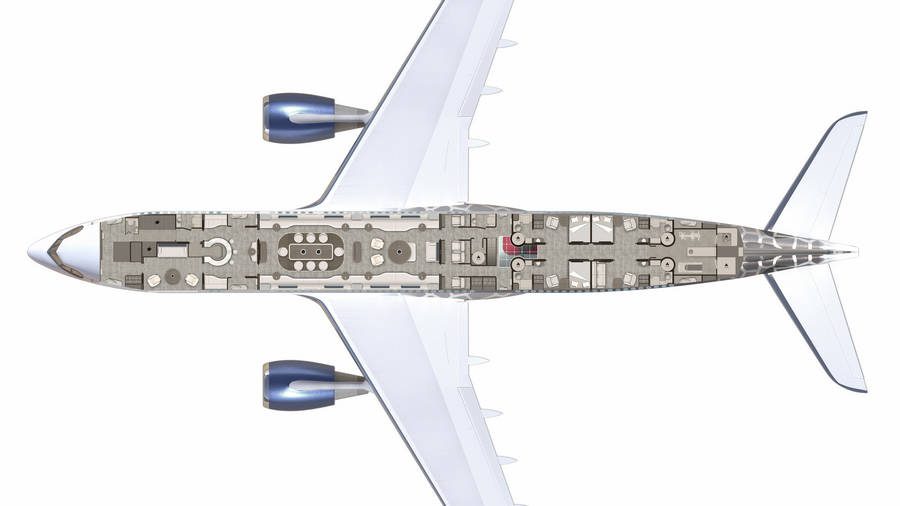 Lufthansa Technik states that while previous concepts have featured such projections, Diehl can finally realize it in the Explorer. And more to the point, the two companies can certify it. This is no small task. Such projectors require a lot of power and cooling. These challenges, and of course limiting the weight involved, is a large part of what Diehl has worked on.

Lufthansa Technik And Brabus – More Toys In The Explorer

Finally, another feature that Lufthansa Technik can incorporate in the Explorer is a downstairs showroom. The owners could have cars in the hold, with a glass floor making them visible from the main deck. And a staircase can provide access to the hold, even during flight. The company is working on this side of the project together with Brabus, a high-end/custom sportscar builder. 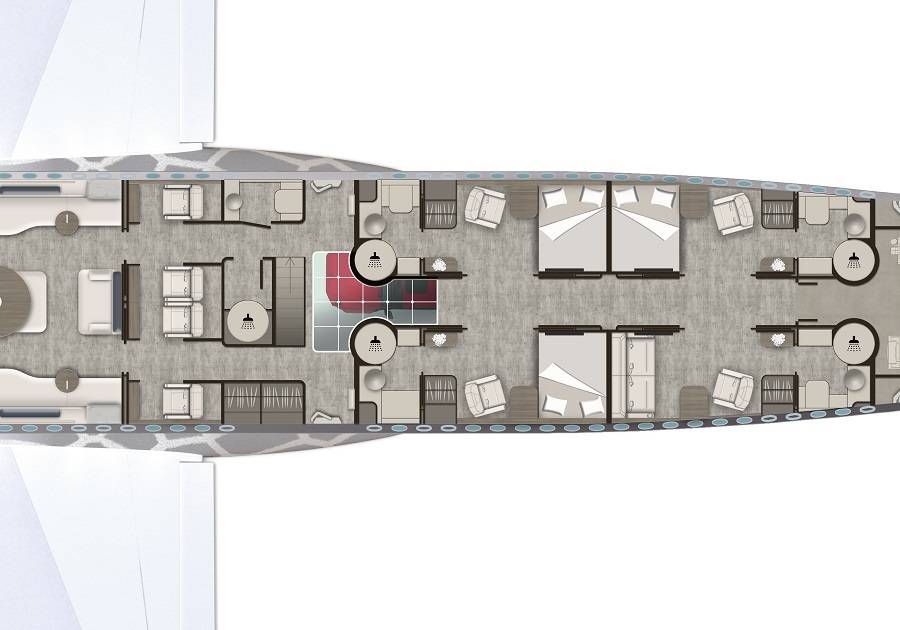 Can you see the car in the middle? Image: Lufthansa Technik

Beyond that, Lufthansa Technik can customize the interior of the Explorer according to customers’ needs. The layouts in the presentation incorporate multiple bedrooms with en-suite bathrooms, a small gym, dining and conference areas and a crew rest section. This configuration is catering to the needs of up to twelve passengers, but the company can offer variants for up to 47. More specialized features, all the way up to a flying hospital room, are options.

The Dubai Air Show is the first such commercial show since the pandemic. And the Lufthansa Technik Explorer promises to be a draw into the company’s wider MRO activities. And as for that veranda/balcony… the hard part may be finding a spot on an airport ramp with a view worthy of it! Perhaps there is a business opportunity there, for the management of some of the world’s exotic airports.