Air Lease Corporation CEO Steven Udvar-Hazy said last week that manufacturers are reaching the efficiency limits of current jet technology. While further developments could come, he believes they can only be incremental in nature. He sees some form of hybrid propulsion as the next logical step.

“I have serious doubts that either Boeing or Airbus can design an all new airplane using current aerodynamic engine technologies that can have a meaningful – let’s call it double-digit advantage over what we already have”.

The Airbus trio of hydrogen-powered aircraft. While not hybrids, these concepts are in parallel development with hybrid concepts, benefiting from common technologies.

Udvar-Hazy adds that he sees this as part of a process towards electrification. That will take a very long time before it can scale up to a medium-haul airliner. However he sees hybrids as a realistic goal for the next couple of decades.

“Almost like we didn’t go from all piston engine and diesel cars to all electric cars. There’s that transition with hybrids that have a smaller gasoline engine and then an electric augmentation engine, like the Prius for the example”.

Of course the analogy with piston engines for cars is a bit simplified. Cars benefit from hybrid operation by running the piston engine only in a relatively narrow band of rpm. Thus they generate energy efficiently, or power the car directly, in cruise speeds. Smaller aircraft with similar setups to this, are already in development.

Are Hybrid Aircraft That Simple?

We have already seen the VoltAero Cassio, a clever hybrid concept in advanced development. Voltaero aims to make three versions, for 4, 6 or 10 people. The company is currently busy engineering its prototype. However, they have already flown a Cessna 337 test aircraft, with the proposed hybrid-electric power module. 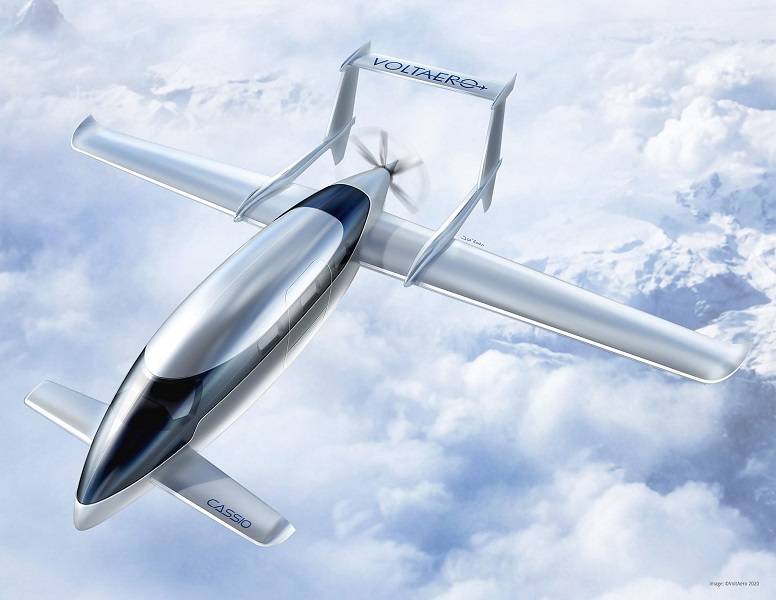 The VoltAero Cassio is a very interesting hybrid concept. But it is a 10-seat aircraft

That is a piston engine along with three electric motors, with a gearbox connecting them to a single propeller in a pusher configuration. Safran, the partner who makes the CFM jet engines with GE, provides the electric motors, producing 80 hp each. VoltAero’s Cessna test mule flew this setup, with a V6 230hp engine, to prove the concept.

The problem here is that scaling up this technology to a 737-sized airliner is tricky. Piston engines benefit from hybrid operation because they are not particularly efficient. This isn’t really the case for turbofan jet engines. Critics argue that the ideal engine for a hybrid, working to charge batteries to run electric motors, IS a jet engine. So benefits from ‘hybridification’ in airliners will be smaller. Nevertheless, Airbus and Rolls-Royce are trying to do it.

This is if we interpret the term ‘hybrid’ in the narrow way it is used in cars. Airbus is also working on hydrogen-powered aircraft of many sizes. Some of these may use hydrogen power cells, producing electricity to run motors for propellers. Other, bigger versions use hydrogen-burning jet engines. The technology should produce results by the middle of next decade. 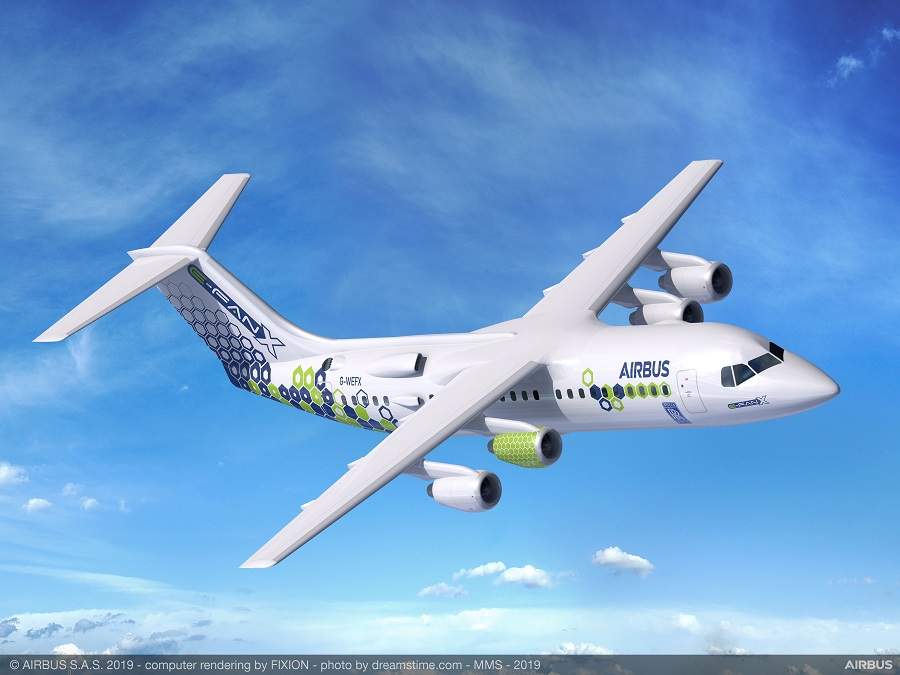 Boeing hasn’t announced any similar concepts, although its engineers believe that a 737-sized hybrid is decades away. At this moment Boeing probably doesn’t have the funds to concentrate fully on such a project. However they could conceivably partner with smaller companies, that would be willing to take it on.

Embraer recently announced that it will start development on a conventional 76-seat twin turboprop. Critics said they should have chosen a hybrid concept. Embraer reasoned that in its view, in the near future hybrids are realistic only up to 50-seat aircraft designs.

And then there’s Elon Musk. The entrepreneur wants an all-electric airliner, but it will take several giant leaps in battery technology for such a Tesla aircraft to become reality. Actually, Mr. Musk, who isn’t a fan of hybrid or hydrogen designs, wants an electric, supersonic ‘jet’. Sounds quite unfeasible – but maybe it’s a bad idea to discount Mr. Musk…