In as-yet unclear circumstances, a Boeing 737-300 belonging to Coulson Aviation, rolled into a closed hangar in Australia. The aircraft suffered significant damage.

Newer jets replace older aircraft, in a continuous chain. Passenger-carrying airlines fly their aircraft the most, and therefore put a premium in efficiency. Cargo companies fly somewhat less, and place more value elsewhere, like affordability. And somewhere in between, are some special uses of aircraft, like that of the Coulson Boeing 737 and other types. Firefighting puts aircraft through some stresses that are far from what regular passenger jets typically deal with. 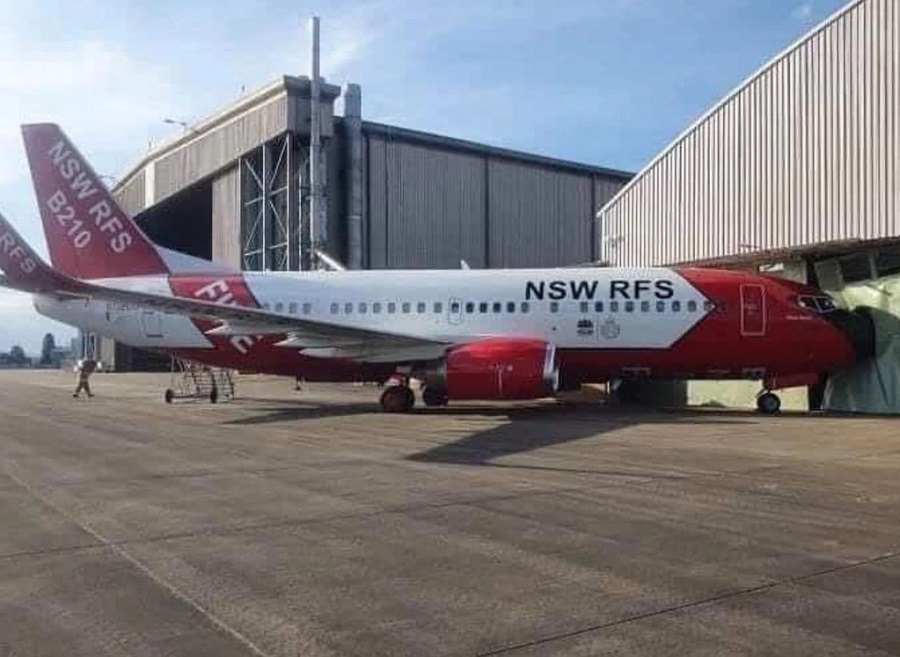 The Boeing 737 ‘Fireliner’ is the latest addition in Coulson’s firefighting fleet. The company took on the task of preparing, certifying and performing the conversion themselves. They accomplished this certification both with the FAA and the Department of Transport (DOT) in Canada. They have a total of six aircraft, all of them 737-300 models. And all of them previously flew for Southwest Airlines! The first of the converted jets entered service in 2017.

Coulson stations two of these Boeing 737 Fireliners in Australia, in New South Wales. The two aircraft normally operate along with a Cessna Citation. The C-130 is still the plane that most people think of, when it comes to Coulson’s firefighting. But the 737 has certain advantages, including somewhat higher capacity: 4,000 gallons (15,000lt) instead of 3,500gal (13,250lt). 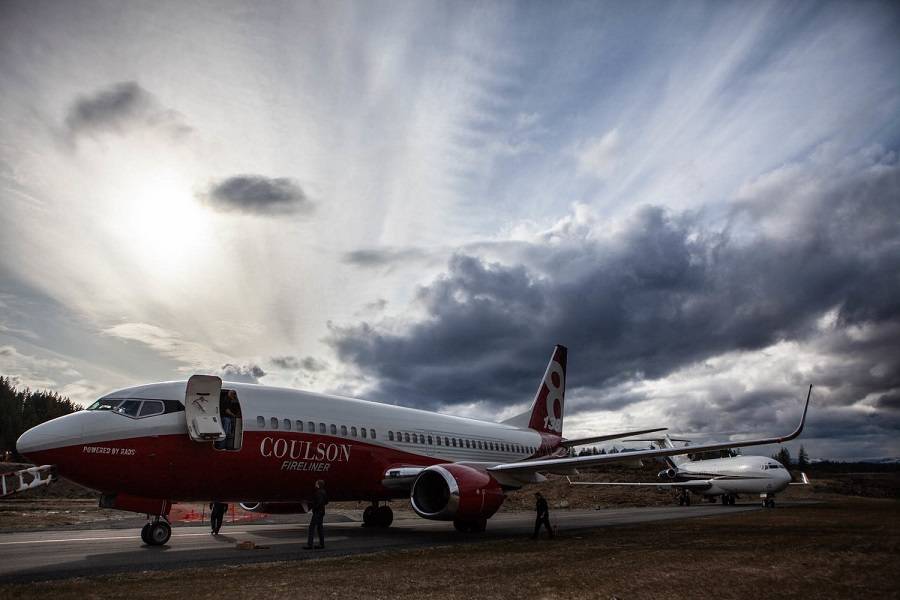 The first aircraft that Coulson converted to its new role. Photo: Coulson Aviation

Also, Coulson’s Boeing 737 aircraft retain their seats. So the aircraft can also transport firefighers or other crews – a useful operational capability. The C-130s could technically do this too, but the 737 clearly fit this role better. Overall, the company are proud of the conversion and ownership of these aircraft. With plenty of 737s still in service around the world, future support of these jets is simply a non-issue.

However, the company could presumably do without the mishap in question, which thankfully didn’t involve any injuries. The aircraft hasn’t flown since the second of March. According to local reports, the mishap happened during taxiing. This may seem obvious, but such incidents can often happen with empty, parked aircraft, that gradually lose brake pressure. We don’t know if the aircraft was getting ready for a flight or if the process was part of maintenance work. In any case, there is damage to the nose and the left engine nacelle of the aircraft. 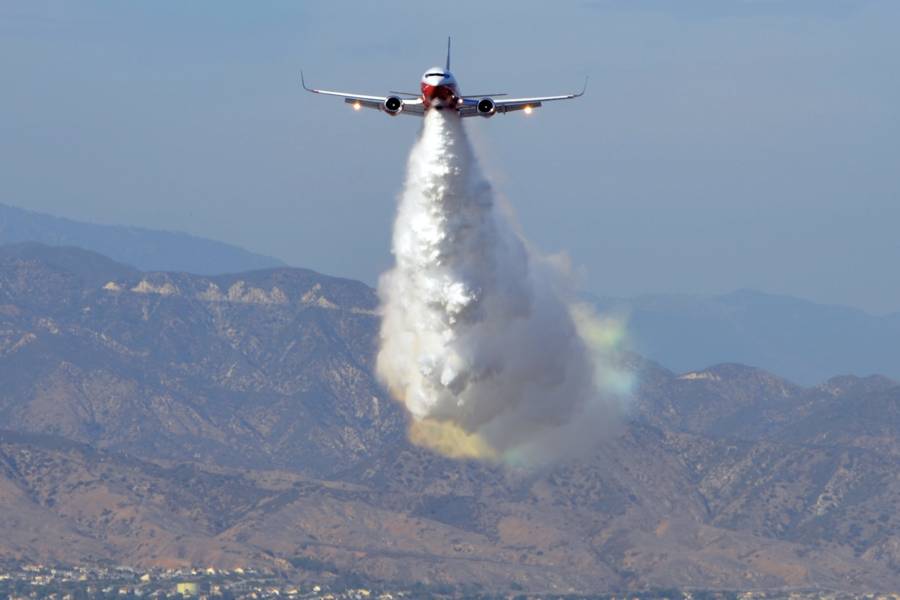 This Coulson Boeing 737, registered N138CG, is nearly 26 years old. It left Boeing’s Renton plant in July 1995. It flew for Southwest as N608SW, before starting its new firefighting career, in 2018.