Air4All – Some Freedom For Wheelchair Users Onboard

Design company PriestmanGoode recently unveiled Air4All, a way for passengers with reduced mobility to use their own wheelchairs in flight.

Aviation has overcome a lot of obstacles, to reach the point it is in today. Learning from past mistakes and accidents, and adapting to new challenges is an ongoing struggle for the industry. However, catering for the needs of wheelchair users is perhaps not one of its strong points. And given the largely standardized cabin design that aircraft have today, this omission is long overdue for a fix. 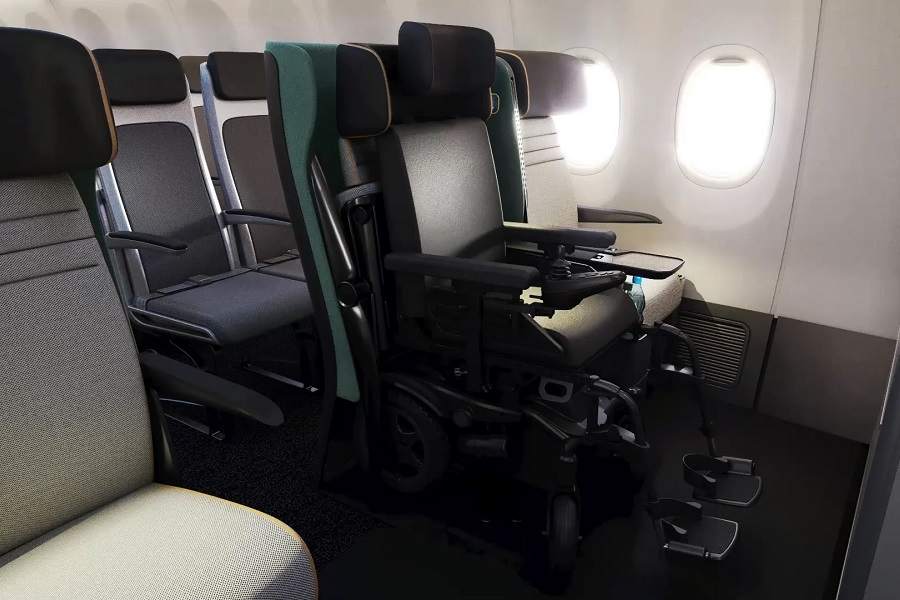 Designers PriestmanGoode, along with Flying Disabled and SWS Certification, are working on a project called Air4All. Its launch, earlier this month, coincided with the 35th anniversary of the Air Carriers Access Act, in the United States. Air4All is a system that could change the way wheelchair users travel by air. But before we try to describe it, let’s see how these passengers travel today.

Passengers with reduced mobility usually get to the end of the jet bridge at the airport in their own wheelchair. There, they have to switch to something called an aisle chair. This is a narrow, non-motorized chair that allows these passengers to get on board. They then have to transfer from this aisle chair to their standard airline seat. Meanwhile, airline crew take their own wheelchair, to put it in the aircraft’s hold. 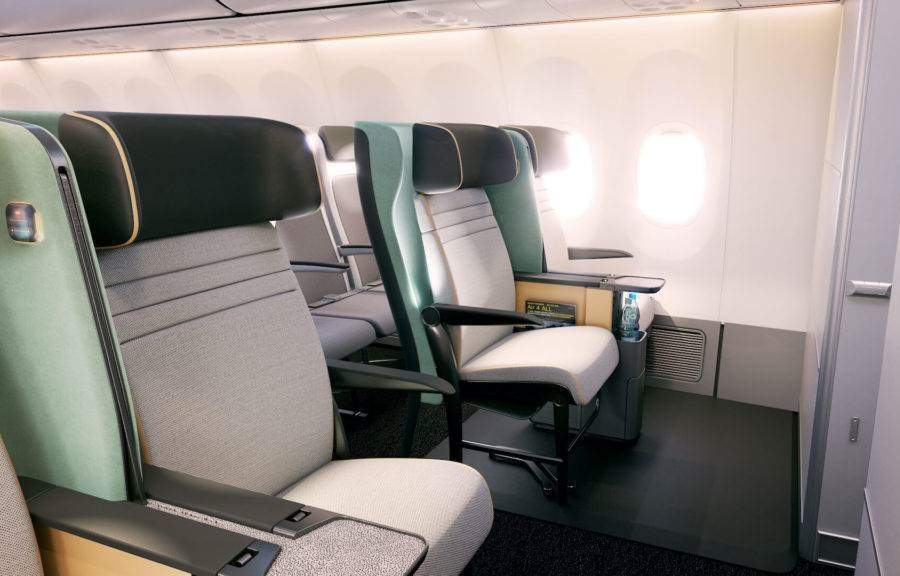 With the seat base down, the seat seems like an ordinary business/premium seat. Image: PriestmanGoode

The begin with, the Air4All system will work for the first row of seats only. Also, the system assumes that the airline has a two-class layout, i.e. that the front row is of a 2+2 business layout, rather than the typical 3+3. While this doesn’t apply to most low-cost carriers, it could find use in a great many airlines today. PriestmanGoode’s images appear to show the system in a 737 cabin. 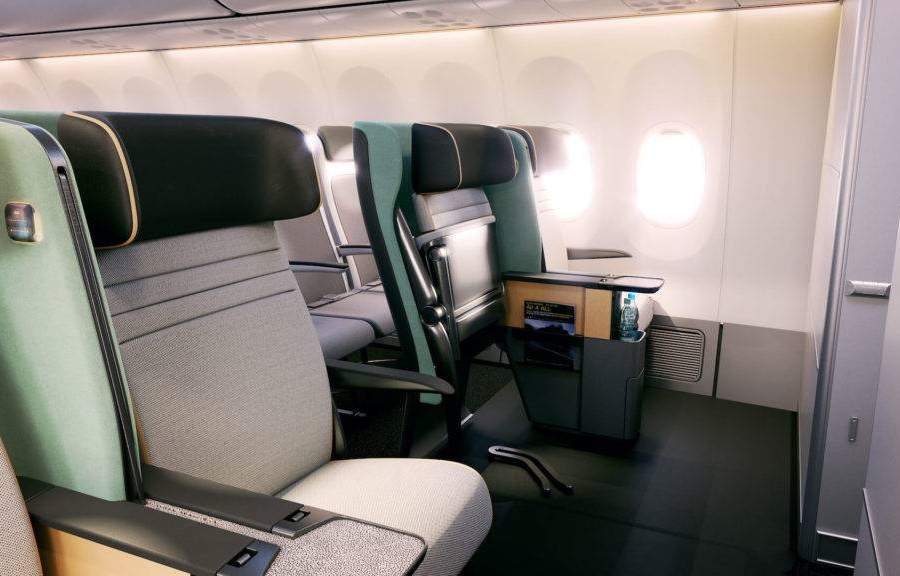 The Air4All system solves a number of problems that wheelchair users have with the present system. Having to make so many seat transfers can be an issue. Passengers also need to change to the provided aisle chair if/when they wish to use the lavatory. But the biggest worry, for many, is the possibility that their own wheelchair will get damaged in the hold.

Using their own wheelchair solves most of these issues, for reduced mobility passengers. For most passengers, the Air4All seat works like a normal Business or Premium Economy seat. For wheelchair users, the cabin crew would remove the seat’s back, and fold up the seat base. An anchoring point on the floor will secure the passenger’s own seat in place. 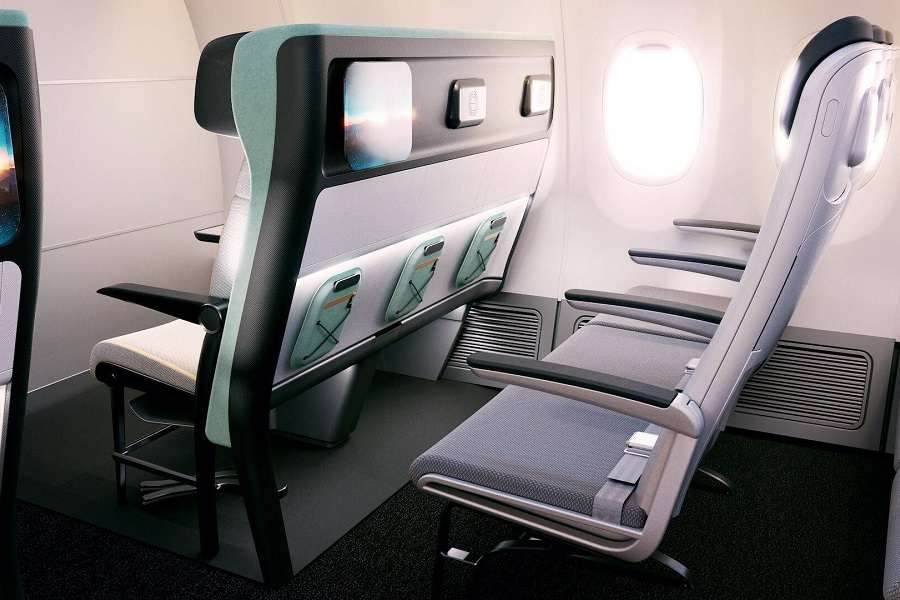 The rear side of the seat. Image: PriestmanGoode

The goal is to build this design into flight-safe motor-powered wheelchairs – which is a separate challenge. But if it is successful, Air4All or variants of it could work on rail and other forms of public transport, without reducing seat count. So the market and potential for such applications can be far-reaching!